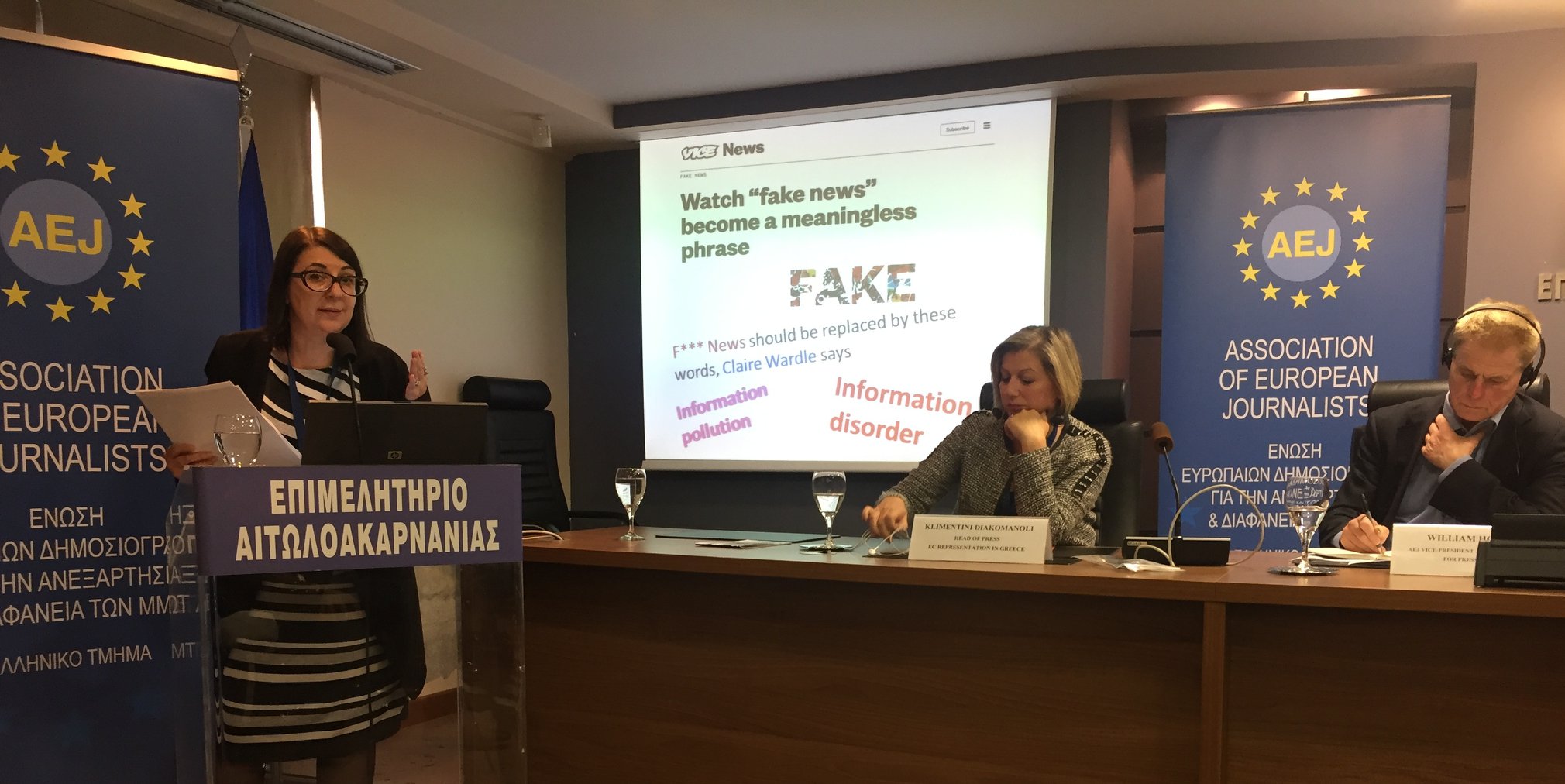 Irina Nedeva, the President of AEJ-Bulgaria, presented a special report on fake news during the International Conference of the Association of European Journalists, 29th November – 2nd of December 2018, held n the region of Aitoloakarnania, Greece. The conference brought together journalists from nearly all European media who exchanged views on the crucial issue of democracy in Europe. The Greek Mayor of Brussels honoured the conference showing the importance of co-operation in Europe.
As it was argued by the speakers, the fact that we still talk about whether there is democracy in Europe after 60 years of European integration demonstrates Europe’s democratic deficit. Both the member states and EU institutions are responsible for this democratic deficit. The EU’s political personnel are also problematic. The second part of the conference was dedicated to the role of journalists in the democratic societies, who need to reveal the truth. Special reference was made to investigative journalism and how journalists risk their lives. 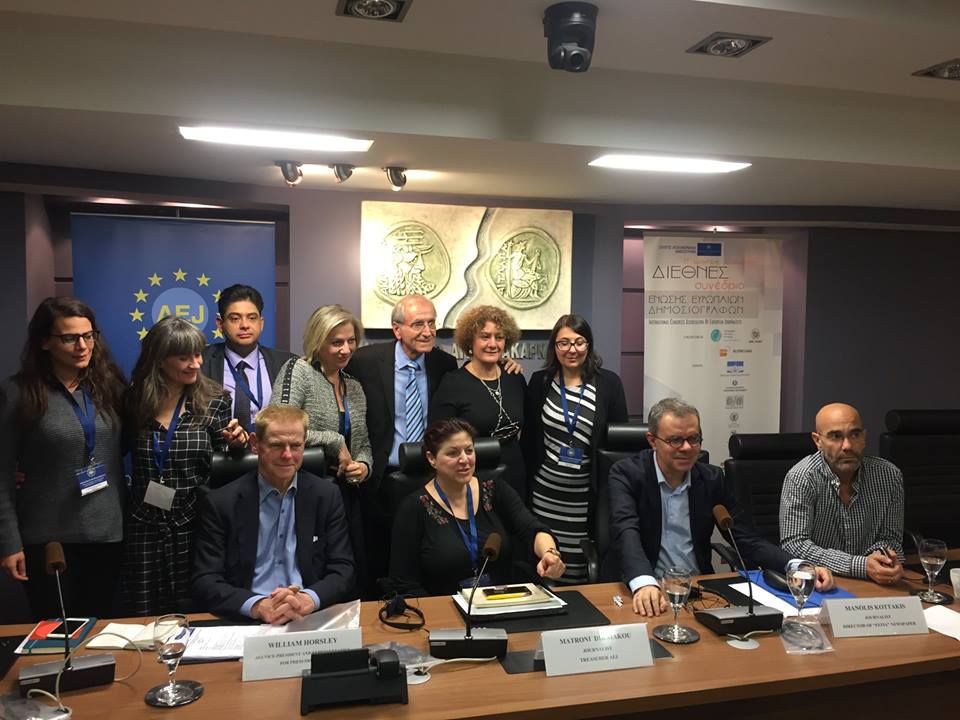 Among the participants at the conference were: the Mayor of Brussels Christos Doulkeridis, the Vice President of the Hellenic Parliament George Varemenos, the Minister of Transport Christos Spirtzis, the Minister of Tourism Elena Kondoura, the Mayor of Agrinio George Papanstasiou, the ex Minister of Shipping Panagiotis Kouroumplis, the ex Minster Marieta Yiannakou, the MP George Karagounis, the MEP George Kyrtsos, the Journalists Manolis Kottakis and Charis Karanikas. Also, the President of the Greek Section of the Association of European Journalists Saia Tsaousidou and the President of Association of Aitoloakarnanian Journalists Panos Sombolos were present. 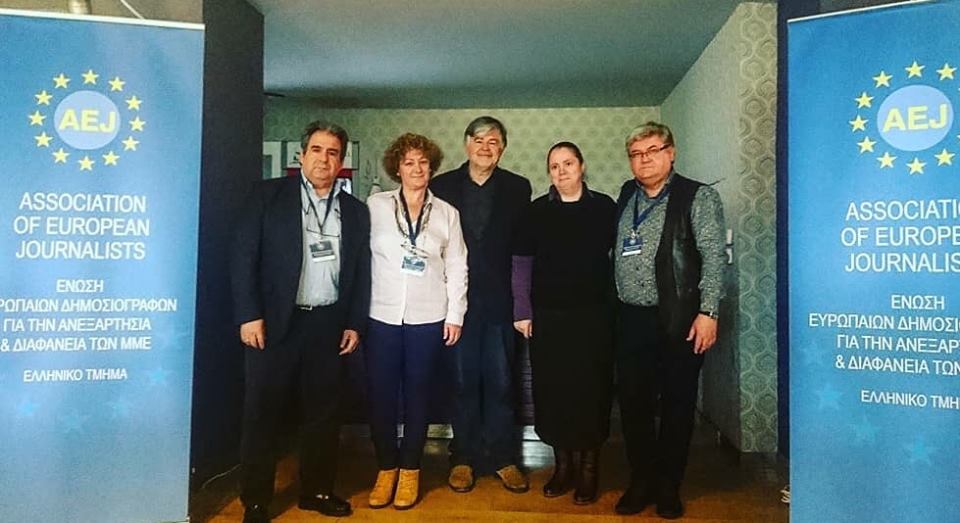 The Annual General Assembly of the Association of European Journalists provided an account of the actions of all the sections of the Association and elected a new Board. Otmar Lahodynsky was elected once again to the position of international President of the organization for the next two years. According to the status of AEJ this would be his last term.
The region of Aitoloakarnania was chosen by the Greek section of AEJ to host the conference in order to be promoted as tourist destination of natural beauty. The Minister of Tourism made a special dinner for this reason. As honored guests of the area’s Mayors, European journalists had the opportunity to learn about the area’s history and culture, to explore the sights and taste the local products.