AEJ-Bulgaria
Home About Us Team 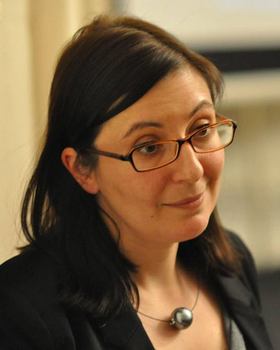 Irina Nedeva
Irina Nedeva is a President of AEJ-Bulgaria, member of the Management Board, journalist and documentary filmmaker with extensive experience in public broadcast journalism. She is an editor and host with the main informational channel “Horizon” at the Bulgarian National Radio. She is also active in the field of producing and coordinating independent film, television and radio projects. As a strong believer in the social importance of the critical thinking and open public debate she is involved with the first independent Center for Culture and debates “The Red House” since the founding in 2000 till today.
Contact: irina [at] aej-bulgaria.org 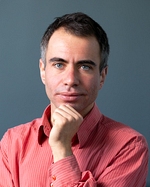 Ivan Radev
Ivan Radev is a member of the Management Board of the Association of European Journalists – Bulgaria and leads the project “Media Literacy in the Classroom”. He has over 10 years of experience as a journalist. Ivan has graduated Balkan Studies at Sofia University and follows closely the development of societies in Southeastern Europe. He speaks Romanian and he used to be a correspondent for Bulgaria of the Romanian National News Agency – Agerpres.
Contact: radev [at] aej-bulgaria.org 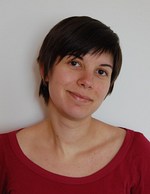 Boryana Dzhambazova
Boryana Dzhambazova is а member of the Management Board of the Association of European Journalists – Bulgaria, part of the team working on the project “Media Literacy in the Classroom”. She is also a freelance journalist, who has started her journalism career in 2005, writing for both Bulgarian and foreign publications. Since then she has covered a wide range of topics – from economic and political developments to social affairs and human rights issues. Her articles appeared in the International Herald Tribune, Business Week, and Fast Company, among others. She holds a bachelor degree in journalism from Sofia University and a master’s in new media from New York University as a Fulbright scholar.
Contact: boryana [at] aej-bulgaria.org 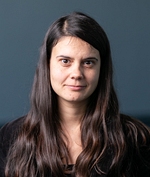 Camelia Ivanova
Camelia Ivanova is a member of the Management Board, part of the project “Children and the Media – Mission for Ethical Coverage”, she is a correspondent for the German public television ARD. Within the organization she works primarily for the development of the internal and external communication of AEJ-Bulgaria. As a journalist he started in the financial daily “Pari”, later in 2008 he joined the Bulgarian edition of the International BusinessWeek Magazine, and in 2010 he took over the ProjectMedia EU funding site, she used to be an editor Forbes Bulgaria magazine.
Contact: camelia [at] gmail.com 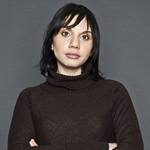 Maria Cheresheva
Maria Cheresheva is a member of the Management Board of AEJ-Bulgaria and part of the team working on the project “Mediator 2”. She works as a correspondent of the Balkan Investigative Reporting Network (BIRN) for Bulgaria. Former editor of ENTERPRISE and Europe.Dnevnik European portal with experience in various journalistic and communication projects concerning topics such as European Union and human rights protection. She has studied European Studies in Sofia and Maastricht, the Netherlands, and used to be a trainee in the Media Monitoring Department of the European Commission’s Directorate-General for Communication.
Contact: maria [at] aej-bulgaria.org 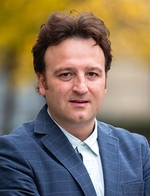 Iliya Valkov
Iliya Valkov is member Executive Committee of the Association of Europe Journalist – Bulgaria and works as a political journalist and a professor of TV and radio journalism, media regulation and media and politics in the Media and Public Communications Department of the University of National and World Economy. He has an MA in Sociology and a PhD in crisis communication. Political observer in the magazine and online media “Club Z”. He also collaborates with various printed and electronic media outlets in Bulgaria and is active as a political consultant and analyst. He is an author of the monograph “Communication Dynamics Of Civil Movements”, as well as numerous publications in the field of media freedom, crisis and public communications, media ethics and media regulation, media and politics. In 2017 Iliya Valkov received an award for journalism from “Access to Information in Bulgaria”.
Contact: valkovilia [at] gmail.com 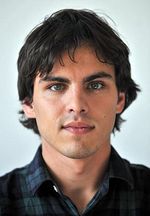 Rossen Bossev
Roseen is a member of the Management Board and a journalist working for Capital Weekly in Sofia, Bulgaria. He covers judiciary, law enforcement and human rights issues. His articles are part of the ongoing judicial reform in Bulgaria. He was twice awarded at the International Right to Know Day for his use of the freedom of information act in his investigations. He received his bachelor’s degree from the. He has also specialized in investigative reporting in the United States.
Contact: rosenb [at] capital.bg 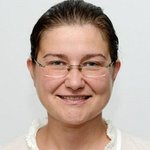 Emilia Zafiraki
Emilia Zafiraki is a member of AEJ-Bulgaria and a project manager of the initiative “Mediator 2” within the organization. She has graduated from the UNWE with a degree in Finance, later specialized in “Human resources management and development” at the Management school at NBU and eventually earned an European master’s degree from UCTM in “Environmental protection and sustainable development”. She has over seven years of experience as internal HR Consultant, and was the HR Manager at Economedia from 2010 till September 2012. She has managed projects related to organizational design, restructuring and optimization of work flow, building of performance evaluation systems, improving effectiveness, change management, building of rewards and benefits systems, employer branding value enhancement, internship programmes, as well as projects funded by the European Union, aimed at enhancing employees’ knowledge and skills in the company. Since 2012 she takes the position of Organizational development consultant and has participated in and delivered several projects, aimed at building organizational capacity and design, both for the business and non-governmental sectors. At the same time, until the end of 2015, she has been a part of a team which has built and developed a Career Center for the Faculty of physics at Sofia University. She is a Chairman of the Management Board of Career with a Cause, an association aimed at enhancing the organizational capacity of the non-governmental sector in Bulgaria.
Contact: e.zafiraki [at] aej-bulgaria.org 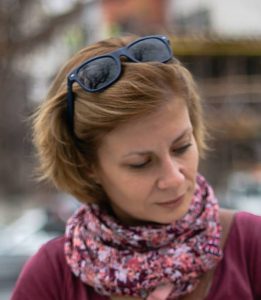 Tsvetelina Hristova
Tsvetelina Hristova is a member of AEJ-Bulgaria and part of the team that works on the project “Media Literacy in the Classroom”. She has 10 years experience in Bulgaria’s NGO sector with different administrative positions in a donor organization supporting the development of civil society in Central and Eastern Europe. Later she joined De Pasarel Foundation – Bulgaria team (now Polder) to coordinate volunteering social workers from the Netherlands at Bulgarian social services for people with intellectual disabilities. As part of the AEJ-Bulgaria operational team Tsvetelina strongly believes that the free media environment is vital to any democratic society. Within the “Media Literacy in the Classroom” project she is engaged with community building activities.
Contact: t.hristova [at] aej-bulgaria.org 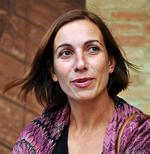 Kristina Hristova
Kristina is co-founder of AEJ-Bulgaria and manager of the project Factcheck.bg. Fro 2019 she is the prezident of the Media Literacy Coalition. On her previous position she was a director of the Red House Centre for Culture and Debate (June 2016-September 2018). Kristina is one of the founder and president of the Association of European Journalists-Bulgaria in the period November 2010- September 2016. She has also long term experience as manager and editor on EU issues in Dnevnik.bg. For her work as journalist, she has been awarded three times by the Representation of the European Commission in Bulgaria, with Robert Schuman Award for Journalism, category Internet. Kristina studied International Relations in Sofia, and Political science and Political Sociology in Paris.
Contact: kristina [at] aej-bulgaria.org

Vladimir Ivanov
Vladimir is co-founder of AEJ-Bulgaria and a head of the communication department of WWF Bulgaria. He has worked as an online editor, radio host, translator, mountain guide. As a part of AEJ-Bulgaria he has special interest to social media, civil society and netizen behavior. He has studied philology and European studies in Sofia and Paris.
Contact: vladimir [at] aej-bulgaria.org