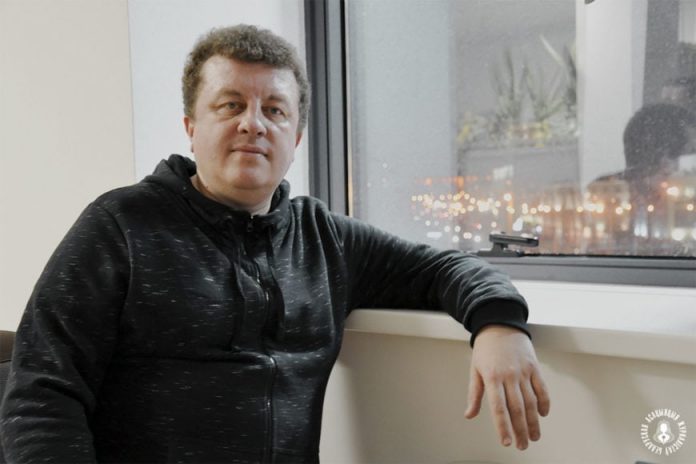 Aliaksandrau is a long-time associate of the AEJ. He was a deputy chairman of the Belarusian Association pf Journalists from 2009 to 2012, and is the founder and chief editor of the news website Belarus Journal.

Following flawed presidential elections in August last year, hundreds of journalists have been arrested in Belarus in an often violent crackdown by the government of Alexandre Lukashenko, who had already held power for 26 years continuously. Large public protests have continued in Minsk and other cities since the election, and numerous journalists as well as protestors have reportedly been assaulted and suffered injuries at the hands of police. Many foreign media workers in Belarus had their press accreditations withdrawn and several were expelled.

The European Union has not recognised the legality of the election, saying it was ‘not free and fair’. And an investigation supported by the Organization for Security and Cooperation in Europe found massive and systemic violations of basic rights before and after the poll.

Last November the Belarus Association of Journalists was awarded the prestigious Media Freedom Award from the Global Media Freedom Coalition, now made up of over 40 countries, that was established in 2019 by the UK and Canada. The award citation recognised the BAJ for its commitment to covering human rights and election fraud in the face of violence and threats. It also stated that Belarusian journalists reporting on the mass protests had been beaten, had their equipment damaged, and that some had been sent to jail because of “unfair court decisions”.

All Belarus journalists arrested or detained for reporting on last year’s fraudulent elections must be freed and investigations against them stopped. Full, effective criminal investigations must be carried out to identify and penalise police and other security officials who have mistreated and abused members of the media at the protests or in custody.

Fighting the Virus With Folk Remedies

Under the Mask of Disinformation