Politics and Disinformation at a time of Covid: New Horizons in Journalism conference day 2 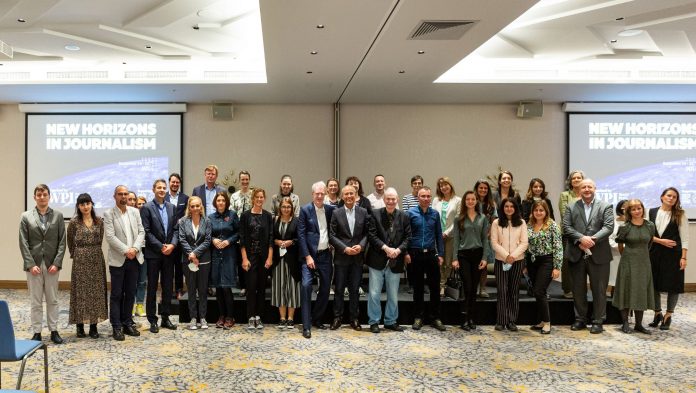 The infodemic that emerged during the Covid-19 pandemic inflicted as much – if not greater – damage to public health and social cohesion around the world as the new virus itself. The abundance of unfiltered information about the virus (and later vaccines) on social media was only amplified by public media, opening a gaping hole in public trust of institutions. This became especially evident in Eastern Europe, according to the participants of the “Disinformation and Politicizing the Pandemic” panel, moderated by Michael Montgomery from the Center for Investigative Reporting. The discussion was part of the second day of the “New Horizons in Journalism” Conference organized by the World Press Institute in Sofia, Bulgaria on 24-25 September. The event is sponsored by America for Bulgaria Foundation and it is in partnership with the Association of European Journalists – Bulgaria. 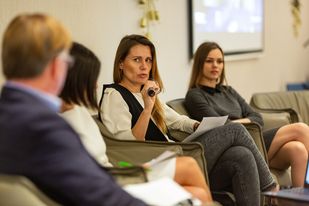 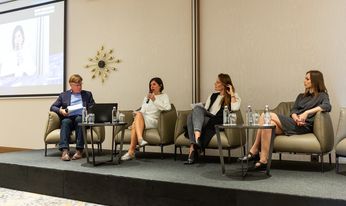 There was not that much mistrust at the start. “Early on, in the spring of 2020, Bulgaria entered strict lockdown, we didn’t know much about the pandemic, media outlets were reporting government guidelines,” Bulgarian journalist and Board Member of the Association of European Journalists in Bulgaria Boryana Dzhambazova said. This started to change down the road, when social media was flooded by disinformation and conspiracy theories spread by pseudo-experts, who later received a platform in mainstream media. The ultimate result is that Bulgaria now holds the title of the most unvaccinated EU country. “We should discount this twisted idea of pluralism – contrary to the scientific consensus, some outlets are inviting people spreading vaccine skepticism, they continue being interviewed and welcomed. I want to see deeper debate on the issue,” Dzhambazova added.

The effects of disinformation were not that dissimilar in Poland, according to Joanna Krawczyk, Head of Partnerships at the independent Gazeta Wyborcza newspaper in the country. But while Bulgarian media and state institutions slowly lost popular trust due to their mishandling of the pandemic, in Poland disinformation was a state-led effort. “What was quite unique for Poland was that disinformation was coming from state officials and public media. During the pandemic, we could see the authorities misinforming citizens on a daily basis,” she said. “If you watched only Polish national media, you would think we were doing great with controlling the pandemic. The public TV and radio were spreading this sophisticated propaganda of success, which was harming the population,” Krawczyk adds. And while the authorities were rigging health statistics and manipulating information, they were blaming independent media for the same sins, restricting its access to advertising for Covid-prevention campaigns.

In Ukraine, the situation with public mistrust in institutions is quite similar to that in Bulgaria, says Anna Babinets, Editor-in-Chief and Cofounder of Slidstvo.Info, an independent investigative journalism agency. Authorities lied about the number of tests done in the beginning of the pandemic and were extremely late ordering masks and medical equipment for hospitals, resulting in a distrustful public refusing to vaccinate today. “We only have 13% vaccinated people today, as people just don’t trust the government. Teachers were told that 70% of staff need to be vaccinated so that in-person lessons could start, and now I see screenshots of chats of teachers, where they discuss where to buy fake immunization certificates,” Babinets said. “Luckily” for Ukraine, the war with Russia led to the creation of stronger fact-checking websites that are trusted and actively debunk many of the most blatant fake Covid stories on the internet.

But disinformation continues to find a way. “Telegram channels are the place for conspiracy theories,” Babinets adds. In Bulgaria, Dzhambazova and Krawczyk point at closed off Facebook groups as the focal point of conspiratologits in Bulgaria and Poland. And agree that no fact-checking initiative could substitute journalists not doing their work ethically and professionally. “Making sure the news landscape in a given country is pluralistic, open and of high quality, so people know they can go and see quality news there is the backbone of a well-informed society,” Krawczyk concluded.