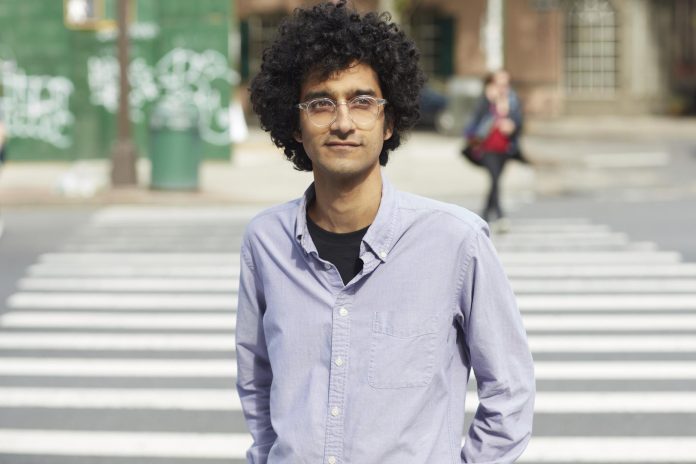 Radio is an intimate experience. Podcasting enables us to reach and impact audiences like never before. On the first day of Listen Up, Bulgaria’s first ever podcast festival, four audio producers talked about the power of storytelling and shared their perspective on why this genre has become such a popular platform for compelling and innovative journalism.

The festival kicked off with Radiolab’s co-host Latif Nasser, author of the “The Other Latif” mini-series. In this six-part investigation, Nasser tells the story of Detainee 244 at the notorious Guantanamo Bay prison who happens to be his namesake. The U.S. government once considered Abdul Latif an “enemy combatant”. Despite being cleared for release in 2016, the Morrocan has remained in custody.

For Nasser and his team, the story seemed important because it felt “absurd” and “medieval”. “It was too unsettling to leave on the table,” Nasser said. He believes this should not happen in the modern world, especially in a democratic country like the U.S.

Nasser spent three years looking into the life of Abdul Latif. For much of that time, he was the only journalist interested in his fate. In the end, Nasser found a way to produce a six-episode series without ever having the opportunity to meet or interview his main character.

“In a way, it was a creative challenge and a puzzle for all of us at Radiolab,” Nasser said. After telling Abdul Latif’s story, the journalist hopes that the new U.S. administration will close Guantanamo. For him, the prison shouldn’t have been there in the first place.

The second panel of the night featured producers Tracie Hunte, Nasser’s colleague at Radiolab, Rough Translation’s Gregory Warner and Bulgarian journalist Ana Blagova from The Urban Detective podcast. The guests talked about the value in narrative podcasts and shared some tips on how to tell an enthralling story.

“If you can ask a compelling question, then people might stick around for the answer,” said Warner whose show likes to join its protagonists on a journey in different parts of the world. Working with NPR’s 17 correspondents around the globe enables Rough Translation to explore topics and issues relatively unknown to the U.S. audience.

Both Hunte and Blagova also agree that an interesting question is central to any good radio story. But they also try to subvert traditional storytelling methods to surprise their audiences.

The Urban Detective podcast was the first show of its kind in Bulgaria. Blagova thinks that the interest in this genre is developing. In her eyes, there are signs that the podcasting revolution will hit Bulgaria as well. But the genre needs more funding and would benefit from more attention by national media.

Join us today at 17:30 (CET) for another round of interesting discussions. First, Gregory Warner will talk in depth about the production process and people behind Rough Translation. After Warner, another panel will discuss the unlikely rise of news podcasts. The panel features Katy Lee from The Europeans, Andrew Gray from POLITICO’s EU Confidential podcast and Capital Weekly’s Zornitsa Stoilova. You can still register for the event free of charge by following this link.

The Festival takes place with the kind support of Friedrich Naumann Foundation for Freedom and America for Bulgaria Foundation.

Fighting the Virus With Folk Remedies