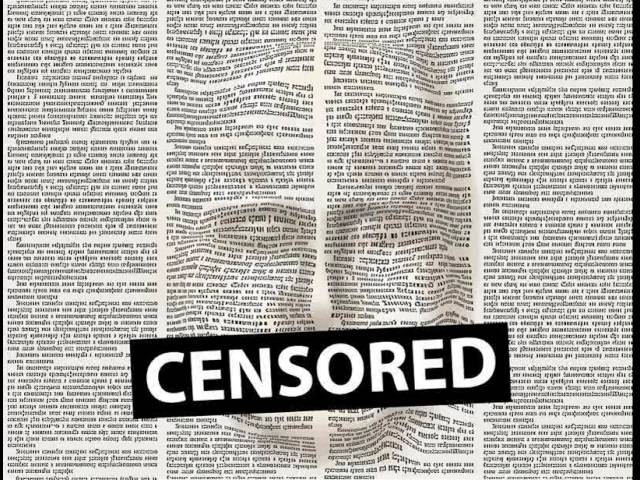 The Association of European Journalists – Bulgaria (AEJ-Bulgaria) follows with anxiety the authorities’ attempts to seek responsibility from citizens who have expressed critical opinions about the government’s anti-pandemic measures and policies.

We are seeing an attempt at a broader application of Article 326 of the Bulgarian Criminal Code that is unacceptable from a legal point of view. The main function of this provision is to penalize the authors of fake bomb alerts and people who abuse police, fire brigade, and ambulance workers by calling 112 without needing their assistance. As others have pointed out, this article cannot be used for repressing those who express critical opinions about actions of government officials.

The state of emergency declared in Bulgaria in the context of the COVID-19 pandemic has offered an opportunity for a broader application of Art. 326. It was precisely the proposal for broadening the scope of this provision that President Rumen Radev vetoed on grounds related to freedom of expression. The Parliament accepted the President’s concerns unanimously and dropped its plans to amend this part of the Criminal Code.

Nevertheless, the Prosecutor’s Office has tried, at least on two occasions, to seek responsibility from various persons, unlawfully broadening the scope of the provision, which says:

A person who transmits over the radio, by telephone or in some other way false calls or misleading signals for help, accident or alarm, shall be punished by imprisonment for up to two years.

The first who came under attack were two doctors from Plovdiv who were summoned to explain themselves in relation to a statement they had made in the media that the hospital they work at was not prepared to treat patients diagnosed with COVID-19. This can hardly be seen as a fake signal for alarm. Even more important, it is information of strong public interest. It is in the interest of the society to know what the situation in hospitals is like so that those in charge can address the identified deficiencies before the peak of the pandemic. Following a strong public response, the Prosecutor’s Office did not lay charges against the two doctors.

The second case concerns a public figure accused of violating Art. 326 of the Criminal Code by posting critical opinions about the anti-pandemic measures on Facebook. The Prosecutor’s Office pointed out that it took action precisely because of this person’s Facebook posts. As a result, the person was charged, first, with breaking an order issued by the Minister of Health and, second, with describing the requirement that citizens sign a declaration when crossing the points of entry in big cities as an ineffective measure. Everybody can decide for themselves whether the latter action can be interpreted as a false signal for help, accident, or alarm.

The approach of the Prosecutor’s Office is extremely alarming because it can lead to repression of any Bulgarian citizen who, in private or public statements, criticises a state institution. This takes us back to a period from Bulgaria’s recent history when people were imprisoned or sent to camps because they expressed political disagreement. Equally alarming is the fact that a person’s opinion expressed on social networking sites or in the media can draw the attention of the Prosecutor’s Office which then starts looking for possible charges. Such measures are overtly repressive and violate basic constitutional rights.

AEJ-Bulgaria notes that, while the President vetoed the proposal for amendment of Art. 326, Paragraph 1 of the Criminal Code, the amendment of Paragraph 2 entered into force. According to this amendment, in the case of actions that have harmful consequences, the financial sanction ranges from 10,000 to 50,000 levs (from 5,100 to 25,500 Euros) instead of the earlier range of 500 to 2,000 levs (from 255 to just over 1,000 Euros). This raises the question whether such a significant increase in the size of the sanctions may lead to unscrupulous and arbitrary actions on the part of the Prosecutor’s Office and other state institutions. These sanctions are going to remain in place after the end of the state of emergency in Bulgaria, although the justifications for adopting them were entirely related to the state of emergency and were essentially rejected by the President, which was later confirmed by the Members of Parliament themselves.

We are all facing difficulties in these challenging times. Many journalists lose their jobs or their incomes shrink dramatically. At the same time, today we need high-quality journalism more than ever. AEJ-Bulgaria firmly opposes any attempt to limit access to information and freedom of expression and believes that professional and responsible journalism is the most effective tool for countering rumors and fake news. You can support us with a donation here.