While it is indisputable that Ukrainians are the biggest victims of the invasion and the local and foreign journalists who report from the frontlines take the most direct risks for their lives, one of the subtler casualties of the war is independent Russian media. This, alongside the interconnected topics of disinformation and propaganda, were the main focus of the second half of AEJ-Bulgaria’s 2022 annual conference “War in Ukraine: The New Frontlines,” which took place on 10 November in Sofia.

Propaganda was the topic of the panel “The Other War: Disinformation,” which featured UK-based BBC journalist Maria Korenyuk and Olya Lypynska, project manager at Mixer. Korenyuk, born in Ukraine to a Russian mother, kicked off with an outline of the main narratives that Russia used to target its domestic population in order to desensitize it about the brutal aggression it waged in Ukraine.

These include claims that Russia entered Ukraine to liberate it from Nazism, that the Russian army doesn’t target civilians or infrastructure. The result is that Russians who watch state media don’t even believe their own children calling them while being under fire in Ukraine, and Korenyuk has a very personal story to attest to that: “My own [maternal] grandparents who live in Russia they don’t believe me. They tell me that I will be alright, that Russia will never target civilians,” she says and concludes that one can only tell the truth to people who are willing to hear it, and those are usually young people, who are open to foreign media. 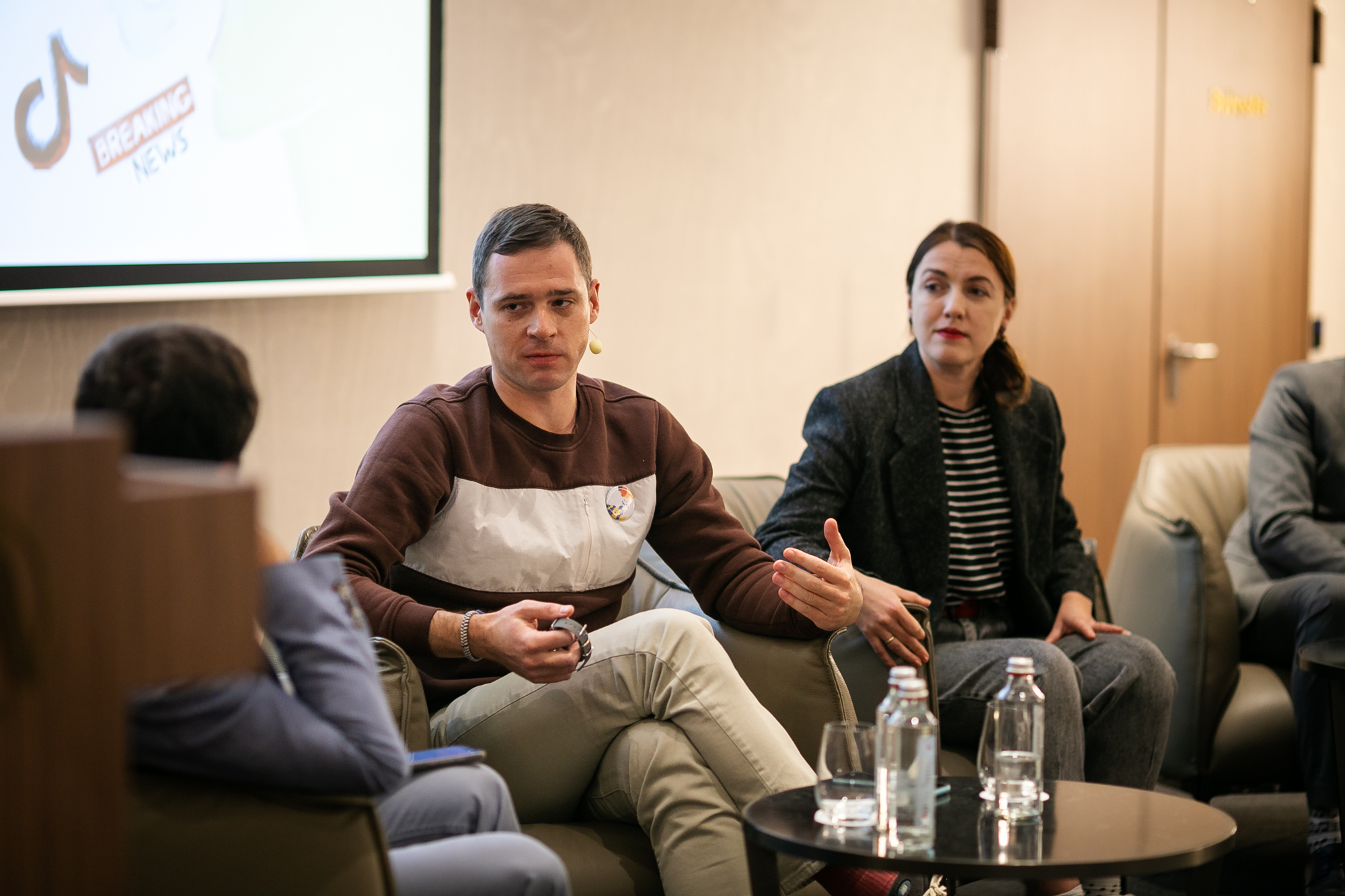 This brought the discussion to the question of how independent Russian media is surviving the impact of the war. Andrei Zakharov, investigative journalist with the BBC Russian Service described the essence of the Russian Foreign Agents law, which used to mostly focus on investigative journalists and openly anti-Putin media, but was extended to cover most media after the outbreak of the war. He told his own story of being labelled foreign agent and trying to remain in the country to report from the ground. “I put the stupid tag [of a Foreign Agent] that the law demanded on all my social media profiles. But I wanted to remain in Russia and report from there – I could have left a long time ago, but didn’t want to.”

After being intimidated by state agents, however, he had to flee and continue his work and observation of the social processes in Russia from abroad. Unfortunately, the picture he paints is far from rosy. “There is still a big audience of independent Russian [Telegram] channels, but pro-war channels have much higher reach of over 16 million subscribers, compared to ours, which is in the hundreds of thousands,” he says. “Putin took the dark side of the Russian nation; this sentiment they have about Ukraine not being an “artificial” state. But we shouldn’t believe that raising the number of counter-propaganda channels would change the mind of the Russians,” he grimly concludes.

Zakharov’s skepticism is shared by his colleague, independent journalist Margarita Shurupova, who co-launched the “Not-Moscow Speaking” platform after being herself forced to leave her native Tomsk after the start of the war. “Opposition journalists have a joke in Russia, that when you get the label of Foreign Agent, it means you’ve done something right. When the war started, almost all independent media were forced to close or had to self-censor, so that they are not shut down. In total, over 200 sites were closed or blocked because of the law,” she explains.

The solution both Shurupova and Zakharov have found is to continue working with anonymous colleagues of theirs, who, at their own risk, continue providing vital information from the country’s regions. But nobody knows until when they would be able to sustain this. “I see the future in very dark colors. There are too many people who support the war, and even more aggressively apolitical people,” Shurupova concludes.