A revolution in journalism is possible. All depends on us 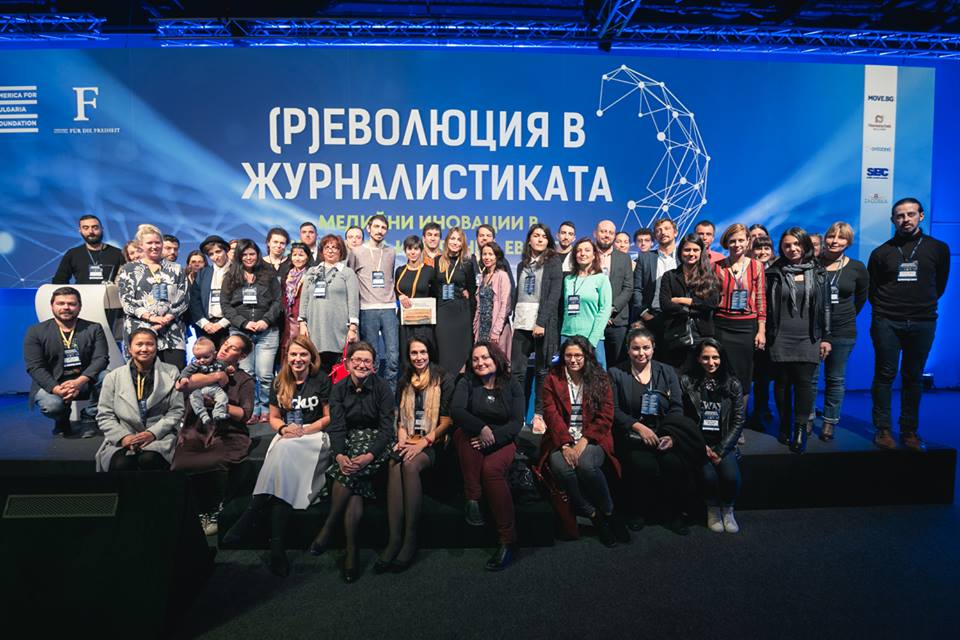 A business model of in-depth journalism for the benefit of society is entirely possible – a topic that the participants of the international conference “(R)Evolution in Journalism. Media Innovation in Central and Eastern Europe“discussed. This model, however, depends on each of us. We all use different sources of media and we can all work to ensure that these sources protect our interests as a society.
The Association of European Journalists – Bulgaria brought together leading entrepreneurs from the media start-ups sector from the region in Sofia.
For some time now, the notorious Balkan pessimism seems to have infected the entire world journalistic guild. There is no media conference without a collective complaint and even mumbling about the future of the media. But there is a group of media innovators who do not see the Internet as a threat but rather as an advantage, said Boryana Dzhambazova from AEJ-Bulgaria. She added that foreign lecturers at the conference are doing their best to produce independent and quality journalism – not in the United States or even in Western Europe, but in countries such as Serbia, Romania, Poland, Slovakia and Georgia, where fellow journalists are confronted with similar problems to those faced in Bulgaria.
To confirm her words about the similarity of the problems, Tomáš Bella from Slovakia reported that one morning the newspaper, in which he and his colleagues worked, was acquired by a local oligarch. The journalists did not want to continue working for this guy and left the editorial office, photographing the empty newsroom and publishing the picture on the front page. They then founded a new newspaper, half of which is the property of journalists, and the rest of carefully selected investors. Dennik N is supported by donations from readers, and the team has noticed an increased demand for longer. More in-depth articles that subsequently lead to more subscriptions.
An example of Bulgarian, online media, which relies solely on donations from readers, is Toest.bg. For its short existence, the media has accumulated 51,000 readers, and it would be enough for just 4% of them to donate 5 leva per month to support the site and for the authors get paid for their work, said Anne Pham, one of its creators. So far, this has not happened, however, and the funds collected are considerably less than expected, but Toest.bg continues to exist because of the hard-work of its creators and the fact that many of the authors waive their fees.
In addition to donations, media users can also contribute in other ways. Jakub Gornicki of the Polish Outriders Network said they relied on their readers for refining the products they create. If you are waiting to create the perfect product, you are already late, he said. According to him, the consumer community can seriously contribute to the development of a product.
Another significant contribution that the readers’ community provides is the protection of journalists subjected to repression for their own investigations. Jelena Vasic from the KRIK portal in Serbia told how their own editorial room was tapped, and the house of the investigative journalist broken into as a warning following the exposure of high-level corruption. It is in such cases of attacks, journalists rely on the mobilization and protection of society. Vasic has reported that one of the first materials that has brought popularity to KRIK was an investigation into Belgrade’s former mayor and current finance minister, Siniša Mali, which has unequivocally shown that the minister has somehow managed to buy 24 apartments on the Bulgarian Black Sea coast. This material caused a great deal of stir and as a result journalists have realized that they should cater to the needs of the audience.
Vlad Ursulean said that such repression is no exception in Romania either. His colleagues, for example, were threatened with a fine under the provisions of GDPR for an investigation, exposing the politicians who have bought luxury villas with public funds. Ursulean is the representative of the Journalist’s House in Bucharest – a space where journalists not only work, but also live. It was created because, due to the contraction of the market, many journalists lost their jobs and were literally kicked out on the street.
An example of an interesting is the business model is the one of the Plovdiv’s news site “Pod tepeto”. Its creators Ivaylo Dernev and Dimitar Semkov explained how craft beer and its accompanying culture can help finance an independent media. About half of the media upkeep cost comes from ancillary business activities such as a beer bar or a guest house. The remaining 50% is provided by a grant from the America for Bulgaria Foundation.
Nancy Schiller, president of the Foundation, which also supports AEJ-Bulgaria, said that over the course of its existence the America for Bulgaria Foundation has invested more than $ 31 million in the development of civil society in Bulgaria, of which $ 11 million in media programs.
Daniel Kadik, a representative of the German Friedrich Naumann Foundation, said that during the six years in which he was in Bulgaria, he noticed a deterioration in the media environment; however, according to him, not all is lost as indicated by such events and the people, attending them.
The event was supported by the Friedrich Naumann Freedom Foundation and the America for Bulgaria Foundation, as well as with the corporate support of Zagorka AD, Nemetschek Bulgaria AD, Ontotext, Sofia Event Center and Move.bg.
Picture: Zdravko Yonchev